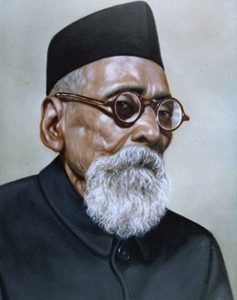 SNDT Women’s University established in 1916 heralded the beginning of formal higher education for women in India and South-East Asia. The institution was the realization of the dream of the founder, Maharshi Dr. Dhondo Keshav Karve’s vision for the empowerment of women. This was possible with the financial support of the philanthropist Sir Vithaldas Thackersey. The headquarters of the University is at the Churchgate campus in Mumbai and the other two campuses are located at Juhu, Mumbai and Maharshi Karve Road, Pune.

Founder of the University
Bharat Ratna Maharshi Dhonde Keshav Karve (April 18, 1858 – Nov 9, 1962) was a Humanist, an evangel of emancipation both for Hindu widows and for womanhood at large. A pioneering figure moved by the magnificent instinct that upheld the progress of womanhood as the purest and surest test of the progress of civilization, the establishment of Shreemati Nathibai Damodhar Thackersey Indian Women’s University was the culmination of an odyssey, which began with the establishment of Hindu Widow’s Home Association in 1896 and the Mahila Vidyalaya in 1907. The Women’s University was sculpted along the lines of the Women’s University in Tokyo. The founding father advocated women’s education as instrumental in women’s empowerment by enabling them to be economically independent and to be able to think for themselves.

SNDT Women’s University is committed to the cause of women’s empowerment through access to education, particularly higher education, through relevant courses in the formal and non-formal streams. The university is committed to meet the changing socio-economic needs, with human values and purposeful social responsibility and to achieve excellence with “Quality in every Activity” through vocational and professional courses for women. The motto of the university is “An enlightened woman is a source of infinite strength”. There are six institutions recognized by SNDTWU for Ph. D. Research. SNDTWU is a home to 1100 teaching and non-teaching staff members and 50,000 students spread across seven states and a union territory. 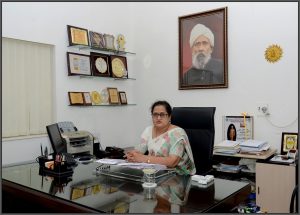 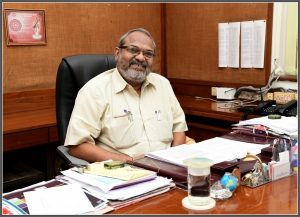